The town council makes decisions on special use permit applications under the Macomb zoning ordinance. The council is in the midst of a hearing on an application from Malcolm Tucker for a special use permit to build a new shopping center. The town planner has summarized the nature of the project and the applicable town standards. Tucker’s project planner has testified about all the studies and reports she prepared to show compliance with the town standards. At this point Clara Edwards stands up and asks to be heard. Clara lives on the other side of town, but word is she plans to run for Mayor next time around. In any event, she has lately taken to showing up at most town council meetings and offering her views on whatever is before the council. Tucker, who has a long and acrimonious relationship with Edwards, objects to allowing her to speak. Addressing the council, Tucker says, “Madame Mayor, I submit that Mrs. Edwards has no right to testify about my project. She’s not the applicant. She doesn’t live or own property anywhere near the site. She is just a meddlesome busybody sticking her nose where it doesn’t belong. You and I know she just wants to irritate me and bollix up this process. So, I respectfully request we move along and that you ask Ms. Edwards to take a seat.”

Should the Mayor grant Malcolm’s request or should she let Clara speak on the application? 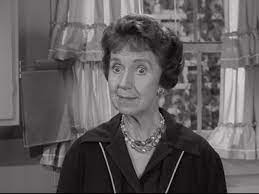 The law allows, but does not require, the board to allow Mrs. Edwards to testify. In most cities and counties in North Carolina, the board would allow her to speak but would admonish her that she can only present relevant testimony about the application.

At the outset, it is important to note the nature of the proceeding before the town council. Here the council is making a quasi-judicial decision, not a legislative decision. The purpose of the hearing is not to seek citizen comments on the desirability of a policy choice.  When the council is considering a special use permit application, the purpose of the hearing is to gather evidence as to whether or not this particular application is consistent with the standards set forth in the ordinance. If the applicant can produce competent, substantial evidence that the standards are met, the applicant is legally entitled to the permit. The council may deny the permit only if there is substantial evidence in the record that the standards would not be met.

If this were a legislative matter, such as a proposed rezoning or an amendment to the standards for approval of a special use permit, the council would have to hold a public hearing to solicit public comment on the wisdom of the matter. Any person could offer comments, send in written comments, or even chat with the council members about the matter prior to the hearing. Our statutes have long emphasized the importance of seeking public comments prior to making these legislative decisions. The statues mandate two published notices of the hearing. If a rezoning is involved, the statutes require mailed notice of the hearing to neighbors and posting the site. The council is also required to submit all proposed zoning amendments to the planning board for review and comment. All of this is designed to solicit broad public input prior to making a legislative decision. Mrs. Edwards (and everybody else) is not only allowed to give the council a piece of her mind at a hearing on a legislative matter, it would be illegal for the council to act without offering her that opportunity. A council can certainly impose reasonable limits on public comments at legislative hearings, such as reasonable time limits or that comments be germane to the issues presented. But for the most part those presenting comments are free to express their views on the matter. See this  post for more on the procedures required for legislative decisions.

A hearing on a quasi-judicial matter is altogether different. With a special use permit or variance, the purpose of the hearing is not to solicit public opinion and comment about proposed policies. The policies have already been set. Instead, the council holds an evidentiary hearing to gather facts regarding whether this application meets the standards. The applicant has a constitutional right to present evidence, to cross-examine witnesses, and to present rebuttal evidence. In addition, persons who would be directly and substantially affected by the decision have a right to participate in the hearing. These persons include immediate neighbors whose property values (or use and enjoyment of their property) would be adversely affected. These persons are effectively also “parties” and have the right to present testimony, cross-examine witnesses, and otherwise participate in the hearing. See this post for more on who has formal standing to participate as a party. Persons who are not parties to the case do not have a constitutional or statutory right to present evidence to the council.

In fact, since parties to the case have a constitutional right to have the decision based only on properly received material evidence, receipt of irrelevant evidence is problematic unless it is clear that the council has not relied on it in making a decision. Often the presiding officer will give witnesses some latitude in their testimony as most witnesses are not experienced in these procedures and it would be improper to prevent someone from presenting relevant information. Still, it is appropriate to remind witnesses to stick to the relevant facts should they begin to stray too far afield. If irrelevant testimony is presented, the board should make it clear that such evidence was not considered when it makes its factual findings.

The complicating fact here is that local government hearings on quasi-judicial matters are not conducted with the formality of a court proceeding. Most often the staff simply presents a summary of the application and applicable standards, the applicant summarizes its case, and any neighbors present are recognized to make comments on the case. Most of the cross-examination is in the form of questions from council members. At this stage persons are not formally designated as “parties.” The legal standing to participate is rarely raised at this point. Most of the time neither the applicant nor the neighbors are represented by attorneys. [For a detailed report from N.C. cities and counties on their experiences with special use permit hearings, click here.] As a practical matter, the board hearing one of these quasi-judicial matters is more concerned with acquiring quality evidence than identifying “parties” and relying on only the parties to present that information. After all, Mrs. Edwards may be a witness who has highly relevant information to present even if she is not herself a “party” to the case or has been called as a witness by one of the parties

While some degree of informality is appropriate, it is important for all involved to remember the purpose of the hearing in a quasi-judicial matter – securing high quality, reliable facts. As Justice Susie Sharp noted in a landmark zoning case involving a city council’s consideration of a special use permit, “Notwithstanding the latitude allowed municipal boards, . . . [the board] can dispense with no essential element of a fair trial.” Humble Oil & Refining Co. v. Board of Aldermen, 284 N.C. 458, 470-71 (1974).

So, should the Mayor allow Mrs. Edwards to speak the hearing on Mr. Tucker’s special use permit application? Prior ot 2019 the statutes were silent on this question. But G.S. 160D-406(d) now says that parties have a right to present evidence and that  “Other witnesses may present competent, material, and substantial evidence that is not repetitive as allowed by the board.”

Assuming Mrs. Edwards lives on the other side of town and has no nearby property that would be affected by this decision, she has no legal right to present evidence at the hearing. She is not a “party” in the case and is unlikely to have legal standing to challenge the decision in court. But given the informality of these proceedings and the legitimate need to get relevant information in the record, those citizens who wish to offer testimony are generally allowed to do so.

To protect the rights of the applicant and those who could be parties, however, it is incumbent on the town to impose limits on Mrs. Edwards and others who testify at these hearings. They should be sworn in as witnesses. They should be limited to offering relevant testimony. It is important that the presiding officer remind persons testifying at these hearing that this is not the time or place to offer policy suggestions, opinions about the wisdom of the existing ordinance, or anything else irrelevant to whether the project under consideration meets the standards in the ordinance. Unless they are formally qualified as expert witnesses, they should be limited to offering factual testimony, not offering opinions. These procedural safeguards protect and balance the interests of citizens in presenting information to the board and the constitutional rights of the parties.

These safeguards run counter to the expectations of many persons. Folks are used to being able to freely speak their minds at the comment period in governmental meetings. It is important then that the presiding officer at an evidentiary hearings clearly explain that the constitutional rights of the parties impose some constraints on the usual expectations of free expression. Some local governments have short pamphlets that explain this; others have the presiding officer explain it at the beginning of each hearing. It may even be appropriate for the presiding officer (or one of the parties) to ask a non-party witness asking to speak about the nature of their proposed testimony to determine whether it may be considered by the board. However it is done, it is important that the applicant, the neighbors, the board members, and the public have a common understanding of the rules governing these hearing and that everyone make a good faith effort to observe these basic rules of fairness.